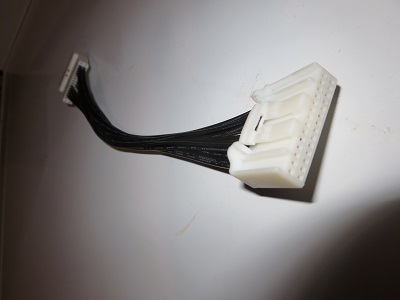 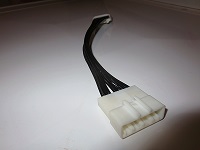 28-pin "jumper-type" harness to fit many Subaru, Toyota, and Scion vehicles. This harness has the female and male connector. one end will connect to the factory harness and the other to the connector on the back of the head-unit or navigation system.

This adapter has been used by some to add a switch to defeat the "vehicle in motion" lockout that we see in some Toyota vehicles. If the vehicle speed signal is broken with a switch (or connected to ground in some cases), this will signal to the headunit that the vehicle is not moving enabling a passenger to control the headunit and access the locked out menus while the vehicle is moving. FEEL FREE TO CONTACT US FOR DETAILS!

Note: This harness is about 8 inches long and has a 28-pin connector on both ends. If you need a custom harness with a different configuration (such as a 16-pin or 20-pin connector on one or both ends), just let us know what you need or what you are trying to accomplish.

This harness will allow you to modify or splice into many of the signals that connect to your vehicle:
-Vehicle Speed Sensor(VSS) input
-Reverse/Backup Camera trigger
-Remote(Steering Wheel) audio control switches
-Remote Microphone inputs
-Aux Audio inputs

This harness can also be cut and used to restore functionality when an aftermarket head unit is installed. This eliminates the need to cut factory wiring to splice into the existing wires.

We have this adapter available in 16-pin and 24-pin versions, These connectors are used for backup cameras.

These are now shipped with all pins populated (originally we shipped them with fewer pins because many older models do not need all the pins populated). This harness should work with any model that uses the 28-pin connector 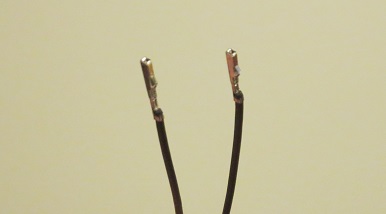